The workshop aims to
present and discuss the communication of diversity with particular reference to
narratives and representations in digital media and perceptions of people with
disabilities, migrants and refugees and people with mental health problems.
Duration- 01 hour

Gaia Peruzzi is Associate Professor in Sociology
of cultural processes and communication (SPS / 08) at the Department of
Communication and Social Research of Sapienza University of Rome. She teaches
Sociology of cultural processes in the three-year degree course in
“Communication, technologies and cultures digital (Faculty of Political
Sciences, Sociology, Communication), Sociology of fashion and communication in
the three-year degree course in “Sciences of fashion and costume”
(Faculty of Literature and Philosophy) and Humanitarian Communication in the
Master’s Degree Course in “Cooperation and development (Faculty of Political
Sciences, Sociology, Communication). She has held courses and modules in the
Universities of Lyon 2 Lumière (FR), USP Sao Paulo (BRA), Rennes 2 (FR), Paris
VIII (FR), Florence, Sassari, Rome 2 Tor Vergata.
She is a member of the Board of the Doctorate in “Communication,
social research and marketing”. She is responsible for the Coris of two
European projects: Codes – Communication, Diversity, Solidarity (2017-2020) and
Beyond: Counter-narratives on migration (208-2020).
She has numerous experiences in research, training and planning in the
cultural and social sectors. Her main interests of research include Media and
diversity, Media and migration, Gender questions, social journalism,
Communication for no profit organizations, Mixed couples in the Italian
province (FrancoAngeli 2008), Fundamentals of social communication, Rights,
media, solidarity (Carocci 2011), Social communication, Manual for non-profit
organizations (with A. Volterrani) (Laterza 2016).

Marco Bruno (PhD) is Associate Professor at Sapienza University of Rome,
Department of Communication and Social Research. His research focuses on journalism,
mass-media and cultural diversity (with particular reference to Islam and
migratory processes), communication and political phenomena.
He carries out teaching and research activities
at the Department of Communication and Social Research and the Faculty of
Political Sciences, Sociology, Communication of the Sapienza University of
Rome. Currently he teaches “Sociology of Communication” in the cdl in
Communication, public and business and “History and models of journalism –
Press Office Laboratory” in the master’s degree in Media, digital
communication, journalism. He deals with the analysis of journalism and information,
media and diversity (with particular reference to Islam and migration
processes), political and electoral communication, political phenomena and
participatory practices.
He was among the coordinators or member of several observatories and
research groups including Mediamonitorpolitica, “Carta di Roma”
Observatory, “MiSTER-Media Minorities Sthereotypes on Media”, Immigration
Archive / Communicating differences. Member of the scientific committee of
the “Ithaca. Paths of politics, society, culture”, Edizioni Nuova Cultura
and the editorial committees of the series” Theory and social and
political research “(Edizioni Altravista Pavia) and” Sconfinando
“(Edizioni Guerini e Associati Milano), and of the magazines
Comunicazionepuntodoc and Metis.
In July 2017, he obtained the National Scientific Qualification as a 2nd
level Professor in the sector Sps-08 – Sociology of cultural and communicative processes. He is a delegate
for the Department and the Faculty for Guidance and Tutoring. Since October
2018 he is Vice President of the degree course in Public and Corporate
Communication.

Special Workshop 02
“Digital Journalism
Under the Shadow of Industry 4.0”

The most important benefit that
digitalization brought into journalism is its creation of new avenues for
“watchdog reporting,” which ensures the sustainability of democracy for
citizens. Journalism is now married to digitalization, but for this marriage to
prosper in a healthy fashion, those who create news stories have to be
increasingly more careful regarding the trustworthiness of their sources and
information.
New media is viewed as an
alternative to traditional media outlets that prevailing powers wish to keep
under control; however, the fact that the question “Would you like to share
with us which hotel you stayed in last night?” remained unanswered when the
American Senate asked it of Mark Zuckerberg showcases the truth of the monopoly
of digitalization. This is where the individual’s awareness must interfere.
People can only grow into informed
citizens with high awareness if a wholistic education is available to them
within their culture. We can affirm that technology is developing and allowing
a much quicker spread of information among communities, however, we cannot say
for certain that it has brought prosperity into our lives or eradicated
environmental disasters.”

Dr Tülây ATAY currently teaches at Hatay Mustafa Kemal University (HMKU), Antakya, Hatay, Faculty of Communication, Department of Journalism as a faculty member (Assistant Professor) and a researcher. She is a Turkish Citizen. She was born and bred in Istanbul, Turkey and graduated from Istanbul University. She holds a BA degree in Mass-Media Communication & Journalism & PR. She has her Master’s degree in Cultural Anthropology and Gender & Women’s Studies.
She is a co-author of the book called “Gender & Sex and Taboo in the Contemporary Primitive & Traditional Societies” in the Turkish Language based on her MA thesis. The book is written from the perspective of women’s and gender studies. She was one of the co-founders of the Centre for Women’s Studies of Mustafa Kemal University. She served and was in charge as one of the deputy directors of the Centre for Women’s Studies of Mustafa Kemal University, Antakya, Hatay, Turkey.
She previously worked as a “business developer” for many SMEs in various fields such as automotive, textile etc. She worked as an Assistant Producer for Turkish Radio Television State Company (TRT) between 1995-1996. She earned her Ph.D. from the Department of Agriculture Economics and Extensions at Çukurova University, Adana, Turkey in October 2013. She produced her Ph.D. thesis on the division of labour amongst ethnically different two villages near Hatay province in the context of changing social life and Women’s & Gender Studies.
Tülay’s areas of interests are women empowerment and women’s studies using the other disciplines. She is holding a sociology BA degree obtained from Open Faculty, Anadolu University, Eskişehir, Turkey. She is a Ph.D. in Journalism, Istanbul University, Istanbul, Turkey. She was a temporary National Gender Consultant for the Food and Agriculture Organization of the United Nations (FAO). She lived in the UK and USA for a while. She has been in Portugal, Slovenia, Ukraine, Scotland, Romania, Holland, Italy, Spain, Estonia, UAE, Malaysia, Poland, Czeck Republic and France for academic purposes.”

Special Workshop 03
“How 5G combined with A.I. will transform our world?”

The Global IOT, Internet of Things has radically changed the
world.  Even more disruptive changes are
on the horizon regardless of geography, socio-economic status, business types
and politics.  While 5-G is unfolding and
being integrated into many developed and less developed nations, in less than
10-years there will be challenges posed by the commercial roll-outs of
6-G.   The infrastructure of IOT will become ubiquitous when
Artificial Intelligence systems are embedded with advanced wireless, like 5-G
and eventually 6-G.  Less developed
nations may benefit from combining wireless and A.I., while at the same time
the less developed nations may still trail in the applications of the latest,
most sophisticated wireless and A.I. systems.
Communications along with news and information distribution will evolve
as quickly as the technologies supporting them.
The globe digital divide may expand as A.I. and wireless become common
components in industry, medicine, communications and education.
The workshop will discuss about how 5G combined with A.I.
will transform our world with an overview to the above aspects.

Benjamin A. Davis is an Associate Professor of Broadcast & Digital Journalism at California State University Northridge.  He is a board member emeritus on the Princeton Prize in Race Relations at Princeton University. Ben served on the launch team for MSNBC.com as an Interactive Producer/editor. He was the Washington Editor for NPR and a former Executive Producer for NPR’s Special Projects department.
He also served on the Assignment Desk for ABC News in New York. He was a CBS reporter at WBTV News in Charlotte, N.C.. In 1992 he was the inaugural Burton R. Benjamin Fellow at the University of Michigan Knight-Wallace Fellowship in Journalism.
Ben has won numerous awards for journalism, including two Alfred I. duPont awards for broadcast – one for reporting and the other as Executive Producer. He created a writing model, that builds on the century-old analog-based Inverted Pyramid, called the Digital Media Pyramid about which he wrote the e-book, “The Digital Media Pyramid: A Guide for 21st Century Bloggers, Reporters and Citizen Journalists.” He graduated from Whittier College and Columbia University’s Graduate School of Journalism and studied international relations at the University of Copenhagen. He taught journalism for 10-years at Rutgers University and three-years at Florida A&M University. 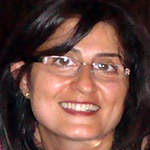 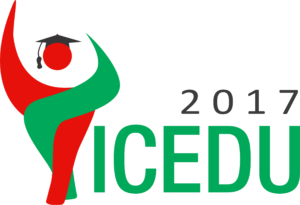 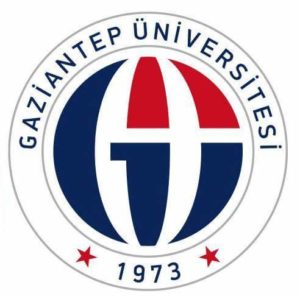